For our Final Creative Coding project we had to create a program using Processing. This app could be for any platform. With such an open brief; I decided to take this as an opportunity to try something new. Having recently gotten a google cardboard of my own, I was eager to get to grips with how it worked and have a go at building for it myself.

I used the Ketai library as it has a range of tools for mobile – accelerometer, gyroscope, as well as Face Detection and a bunch of other cool features.

First things first i experimented with View ports. To do this, I built a basic video viewer. It uses two view ports, one for left and right, to simulate how my app will work. I used it to play a video – one at a slight delay – to simulate a (kind of) 3D effect and to test how the device would handle it! 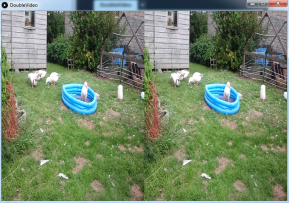 Double Video Test, with a video of my ducks!

Next I made a basic app to read in data from the phone’s sensors. Using the Ketai library, I wrote a short sketch to read in and display the data on the device’s screen.

Next i made a very basic shape. A coloured cube created completely in processing. Nothing too exciting; just a starting point. 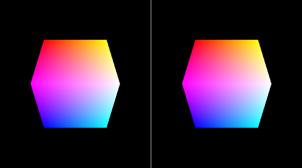 Then i brought it all together. Taking the Cube and the Ketai input code i made earlier, I made a tester app.

The Next step was to bring in a secondary viewport and set apart the two cameras to give the 3D illusion – not an easy task! Getting the distances and slight differences in angles between the two was quite difficult to achieve – it required a lot of trial and error!

The next step was to replace the cube with something a little more interesting – A quick low-poly model made in blender.

Although only a basic app, it does have a lot of potential for expansion, such as going on to create a much more advanced model viewer app or even a full VR game!